Those are the old rules of networking and small talk that I refuse to subscribe to. 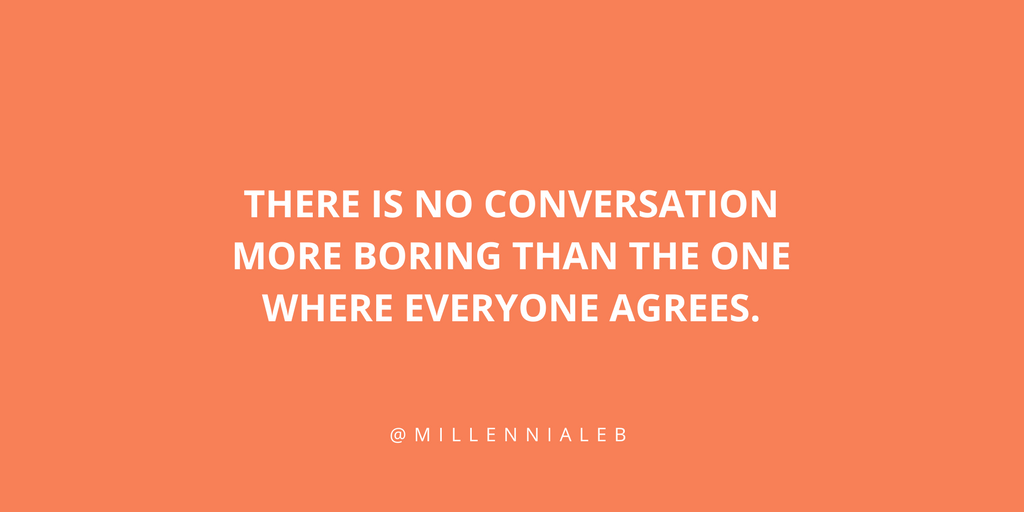 Since we never teach people how to have sensitive and potentially controversial conversations, we just say don’t do them at all.

When the “networking rule-makers” took away our ability to talk about anything that actually matters, they put a chokehold on the authenticity of the world which leads us to where we are today – shallow people, protecting themselves and ignoring the needs of others.

I don’t know if there’s science to back this up, so this is completely a hypothesis but I’ve witnessed it in myself and in others.

It’s easy to dismiss other people and desensitize yourself when you have no genuine connection to anyone else. I don’t just mean your friends and family, I mean everyone that you come into contact with.

As humans, we NEED to connect with people – we are social beings.

I don’t mean just online, but in person, in real conversations…. But because those old rules of networking have permeated into every part of our lives, we don’t connect with other people and we see them as strangers so we separate ourselves from them.

Connecting with people forces you to be compassionate… There’s no way around it.

Think about a time you had an amazing conversation with someone.

Now imagine having conversations every single day that fill your soul….

How would that change your perspective on the world?

How would you feel differently? 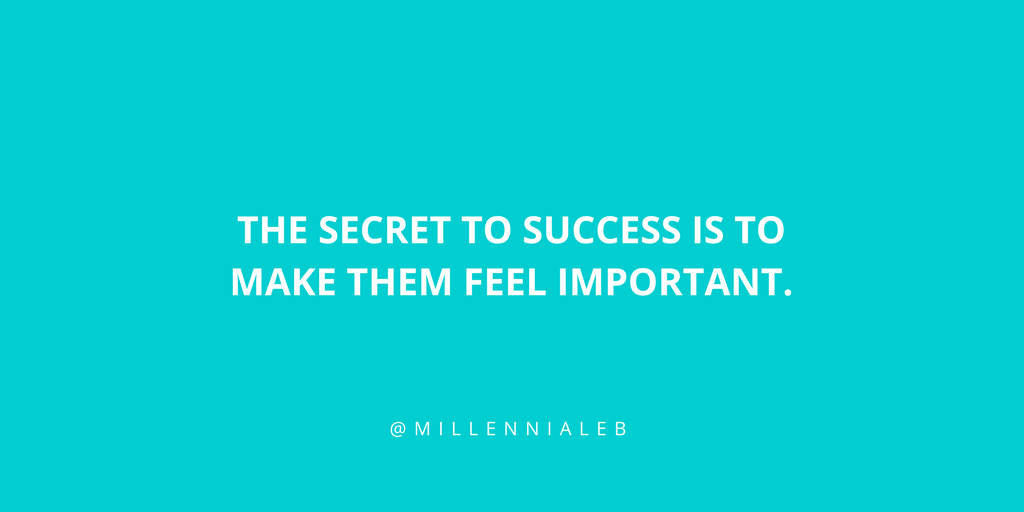 I run a networking group of young professionals where I have about 3 lunches a week with our members. I’ve had conversations with them about everything from aliens to communism, yoga to biology and everything in between.

I have learned more from those conversations than I would have ever imagined and while I didn’t always agree with their opinions, we both walked away smiling because of how powerful the conversation was and how we were able to differ in opinions without turning it into a complete debate or argument.

Here’s a simplified version of what I’ve learned from having that many lunches:

By nature, I’m an expressive, outgoing person. I love to talk to people, am easily excited and I love to share stories and experiences.

In a conversation, my personality can be a huge turn off.

When you change your mindset to focus on understanding rather than responding, the whole dynamic of your conversations change. 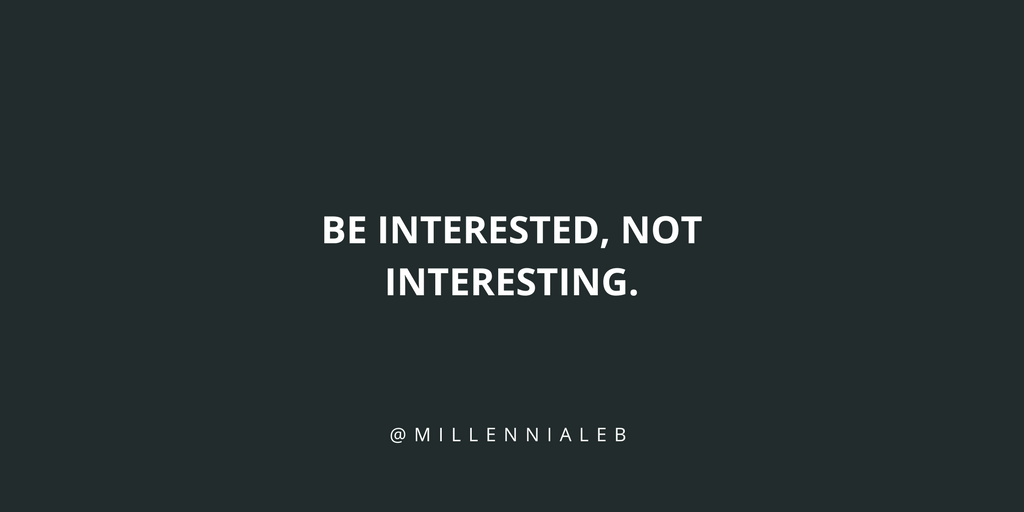 When you change your mindset to focus on understanding rather than responding, the whole dynamic of your conversations change. Click To Tweet

When you listen for the sake of responding, you’re not thinking about connecting with the person you’re talking to. You’re being selfish and are worried about what you’re going to say and how they will perceive you.

If both of you are more worried about what the other person thinks than connecting with each other, how in the world can you have a real conversation?

If both people are more worried about what the other person thinks than connecting with each other, how can you have a real conversation? Click To Tweet

When you listen to understand rather than listening to respond, you’re genuinely interested in what they have to say and will lead the conversation with questions so that you can learn more than you share.

Ask great questions and you’ll see how easy it is to genuinely connect with people.

… and truthfully, when you have credibility, you don’t need to talk that much.

When you really think about it, if you want to make more money, all you need to do is help more people get what they want.

RULE 2. Stay Out Of Judgment and In Curiosity.

If I asked you how many letters were in the English alphabet, you would probably say 26.

… and you would be wrong.

that you tell yourself.

The root of MOST of the problems in your life comes from your assumptions and the stories that you tell yourself. Click To Tweet

You know that person you’re afraid to talk to because of what they might say or do?

… or how about that question you don’t want to ask because they will probably do something?

When you assume, you’re making the decision for the other person… and let me ask you, do you like having decisions made for you?

I didn’t think so.

Leave your assumptions out of your conversations… and leave the judgment out too. 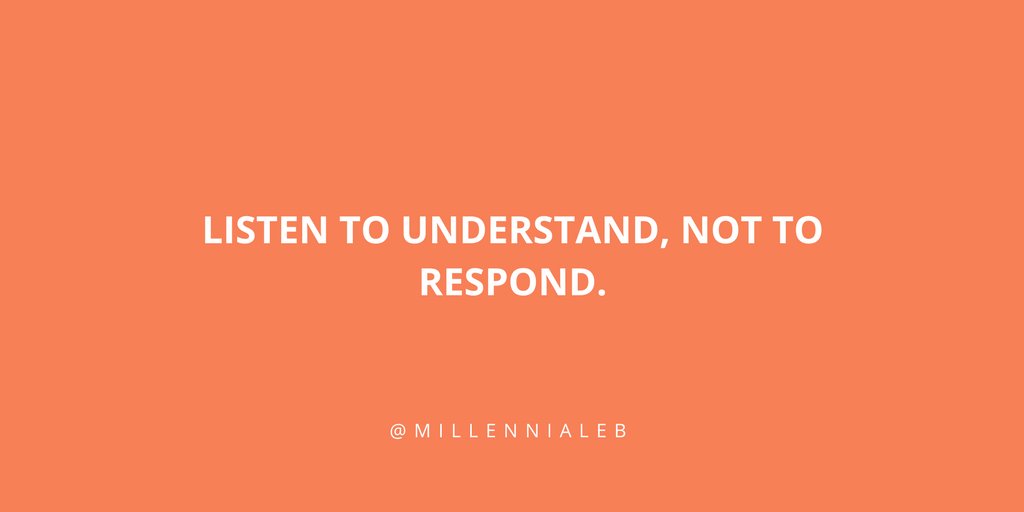 That means when someone says something you disagree with, go deeper and learn why they feel the way they do, rather than jumping on them about all of the reasons why they’re wrong.

The more you can focus on understanding, the more genuinely you will communicate with other people and they will feel it.

The more you can focus on understanding, the more genuinely you will communicate with other people and they will feel it. Click To Tweet

FROG is an acronym for a simple system of asking great questions to build rapport. 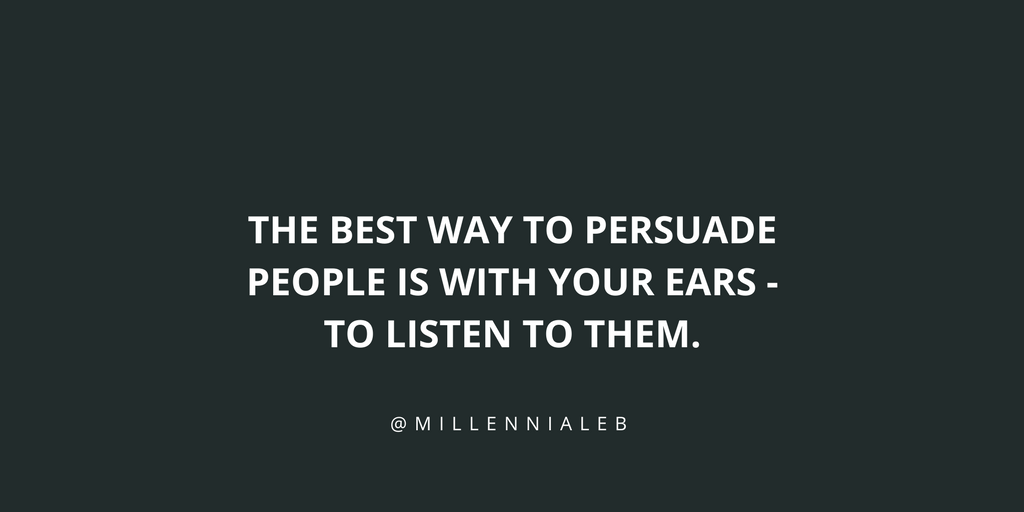 It stands for FAMILY, RECREATION, OCCUPATION and GOALS.

Think about it – if you can learn all of that about someone, you have a huge connection with them. The only way to get this information is by asking great questions (aka see Rule #1).

I don’t usually do the FROG questions in order and I usually start with occupation because I generally meet new people in a professional setting. Here’s a few questions to start you off:

That was his entire intro. Why in the world would you want to build a relationship with someone like that?

Here’s something you may not have heard before…

If you can do it without dying or having separation anxiety, don’t even hand out business cards.

I have them but I rarely pass them out… or at least I never hand them out first.

Focus on collecting them.

As soon as you give up your information, they have no incentive to give you theirs.

Most people throw the business cards they collect in a drawer to never be looked at again. Because you’re all about building relationships, that’s not you…

… and if you give up your card without getting theirs, you don’t have a way to follow-up with them.

Unless you can write down at least 3 things about someone on their card and have a reason to follow-up, you haven’t earned the right to even ask to exchange information yet.

When you talk to new people, focus on learning about them and find opportunities to connect (which you’ll learn more about below in rule 5).

When you focus on connecting this way, I promise following-up will be so much easier and both of you will look forward to the next conversation.

Being that I lead a networking group, I literally cannot tell you how many times people have either said, Facebook messaged me or emailed me something along the lines of, “I just [insert whatever new thing they just started] and I’d like to network with you so that we can grow our businesses together.”

If this has been you, let me tell you how this comes across…

“I have nothing to offer you (especially since I just started whatever I’m now doing) and I’m desperate for business so I want access to your network that you worked so hard to build.”

All of these questions will lead you into a great conversation where you’ll learn more than you ever expected and you just have to stay in curiosity.

The trick is to go “three deep”.

If I ask you where your passion comes from, no matter what you say, I’m going to keep asking questions about that passion because I’m genuinely interested in why people are passionate about what they’re passionate about.

Don’t just go down the list asking the questions in order – dig deeper.

That “digging deep” will open up new conversations that have nothing to do with the question you asked.

For example, there was one person I had lunch with where I asked him what he liked to do for fun. He said yoga. I could’ve left it at that, but I asked why he was so interested in it. He started talking about how it was the mindset of yoga that really got him interested in and we ended up having an hour long conversation about consciousness, chakras and spirituality.

Make Sure Your Questions Are Open-Ended

Sometimes we ask questions like “did you move here by yourself or with family?” rather than “what brought you here?”.

When you ask the first question, it seems like an interrogation and they’ll just choose one… so the conversation stops there.

When you ask open ended questions, it invites them to share more and allows the conversation to keep going. While you’re at it, fight the urge to answer for them if they take a second to answer.

When you ask a really insightful question, sometimes they have to think about an answer before giving it to you.

If you’re worried that you’re going to ask a ton of questions and never get to tell your story, you can stop worrying right here and you can thank your friend ‘conversation reciprocity’ for that.

Psychologically, we don’t like to make ourselves more vulnerable than the person that we’re interacting with.

After they’ve shared their whole life story, they’re going to feel weird for talking so much (and yet relieved because someone ACTUALLY listened)… and they’re going to want to learn about you.

Most of the time, we’re participating in small talk for the purpose of being polite rather than trying to connect.

Most of the time, we're participating in small talk for the purpose of being polite rather than trying to connect. Click To Tweet

When you’ve actually listened, cared and engaged with the other person, you’ll find that they’re way more engaged when it’s your turn to share.

Your homework is to go talk to someone, anyone, whether it’s someone you know or a complete stranger.

Start a conversation with them and then tell me how you feel after in the comments below.

If you listened to understand, asked great questions and really got to know their FROG, I guarantee that you’ll feel way more connected to that person.

You have already reported this
Clear Clear All